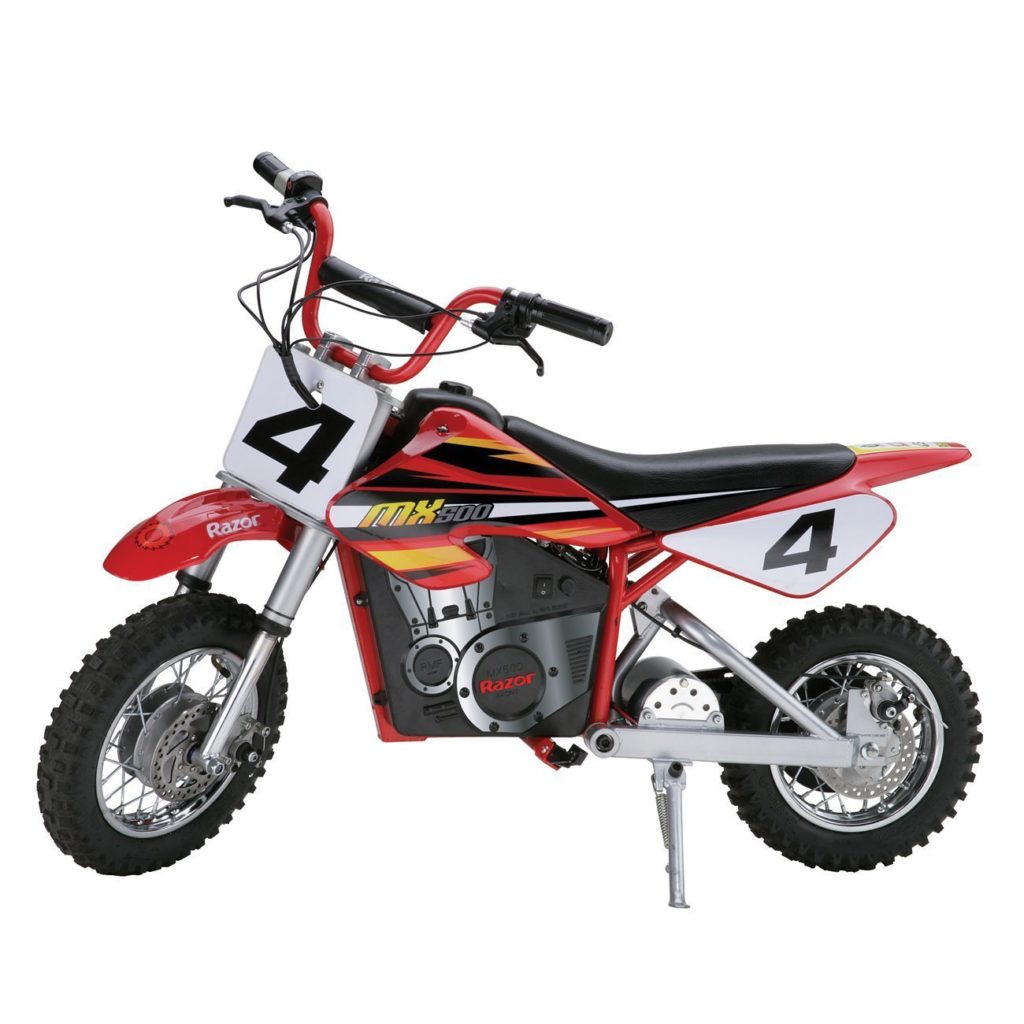 Since 2000, the company Razor has been on the lips of everyone who loves combining battery power with everyday ride-on toys. They have done the same with bicycles and even dirt bikes like the MX500 Dirt Rocket motocross bike. The MX500 promises speed and power you can count on, but you may want to read our Razor MX500 Dirt Rocket review to find out if it is truly a good ride for all. 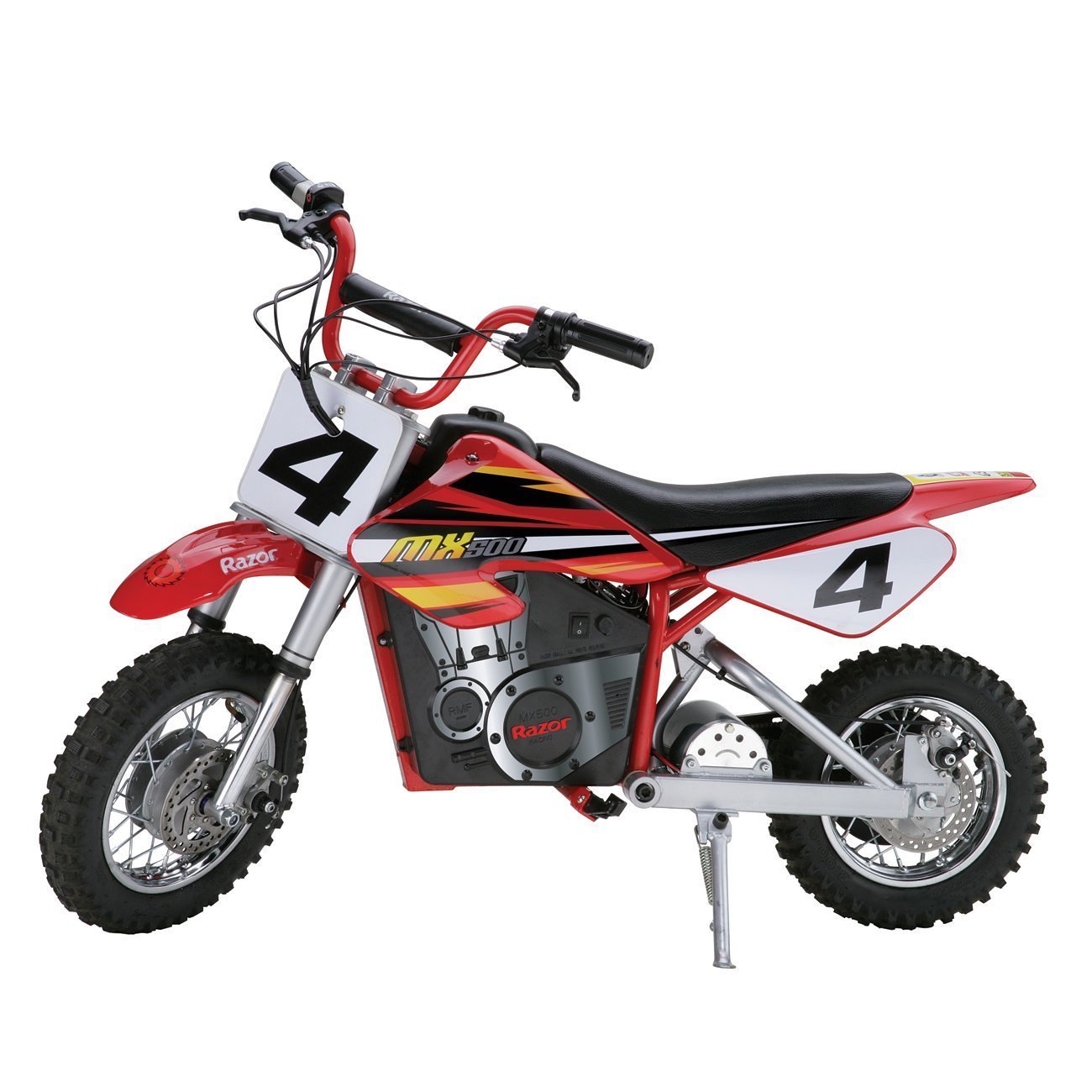 Features of the MX500 by Razor

This motocross bike has been scaled down enough that it can be powered by a 500-watt electric motor, but it still maintains the authentic dirt bike frame’s geometry. The biggest thing that sets it apart from a gas powered motocross bike is the amount of noise that it will make. The MX500 is very quiet.

It has dual suspension and adjustable riser handlebars. This enables a smooth and comfortable ride for anyone who climbs on, even when you are riding along at the top speed of 15mph.

This bike uses large pneumatic knobby tires to ensure the maximum amount of power transfer. It also has folding metal footpegs, a retractable kickstand, a double crown fork, and the 36V sealed lead acid battery. The charger will be included with your purchase.

It is recommended that kids be 14-years-old to ride on this bike. They can then enjoy it until they are up to 175 pounds.

This bike can travel for up to 10 miles on a single charge. This means that it can continuously run for approximately 40 minutes, even if you are off-roading. However, it does take it approximately 8 hours to charge up from a fully drained battery. The MX500 measures 56 x 24.5 x 36 inches. It weighs 112 pounds.

More than 350 people have purchased this Dirt Rocket by Razor and it has earned a 4.5-star rating. Most grandparents and parents say that they love it for a variety of reasons. Some like that it is very quiet, even when the bike is near the house. They also like how easy it is to assemble. Some have been riding this bike for a year or more already and say that it is still performing the way it did when it was purchased.

Should You Consider the MX500?

The MX500 is not the first motocross bike by Razor. However, it does have features that the others do not. One of the biggest features is that it has a higher maximum weight limit. This means that kids will be able to enjoy it for a longer amount of time. It also travels at a faster speed. Most people seem to want this bike if they have a child in their life that hopes to ride a true gas powered dirt bike. It is a perfect training bike and even though you should always wear safety gear on it, you do not have to worry about getting severely injured while you are learning. If this sounds like something you would be interested in having for your child, then there really is no reason for you to not consider owning it. More about the Razor MX500 here⇒